The art of football from the football artist

As any B&HA supporter will tell you the AMEX Community Stadium was no overnight miracle. It took many years of hoping, dreaming, travelling and hard working but the result has been a groundbreaking wonder that has set the standard for stadiums of the 21st Century.

A significant feature of this has been the creation of richly colorful, accommodating and inclusive spaces that would traditionally have been empty concourses akin to any modern multi-story car park.

Rob Caddick’s work in the West Stand covering 15 square meters features 6 original artworks divided into 2 triptychs of action on the pitch and the wider family of supporters off it. It’s more than 6 pictures it is a celebration of what holds us all together within the football club family.

The work designed to fill the spaces hangs under the wording: We are 2 halves of the same. Together we share the victory and confront the defeat, and together we dream of our tomorrows. 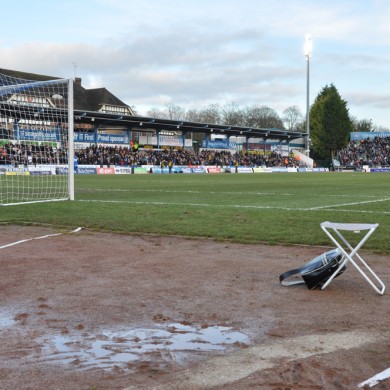 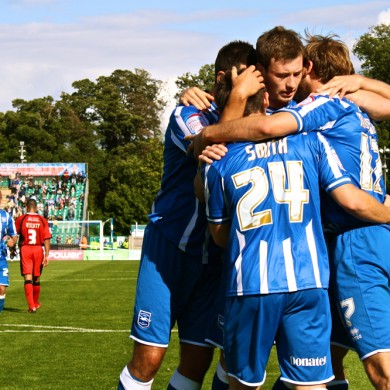 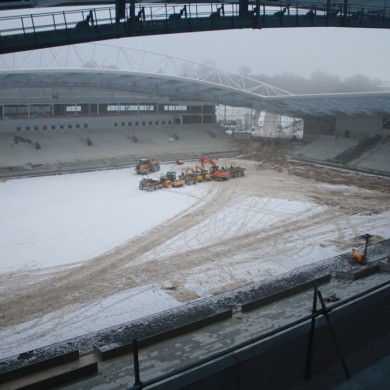 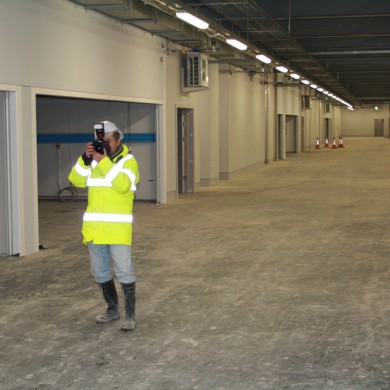 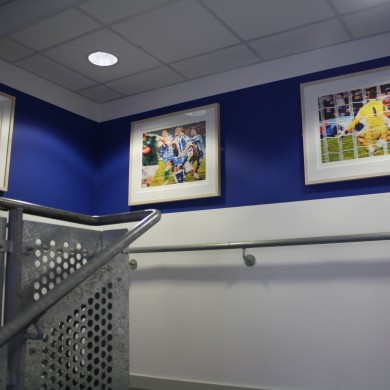 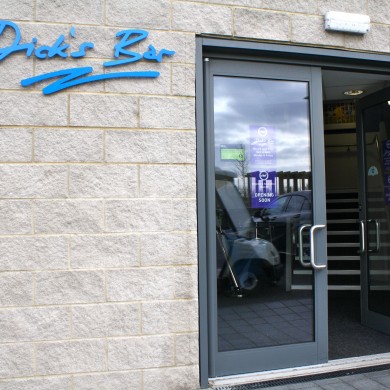 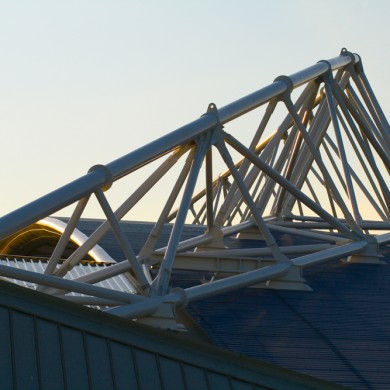 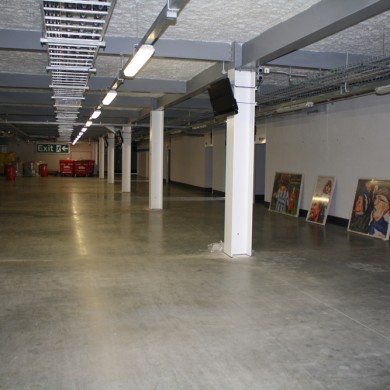 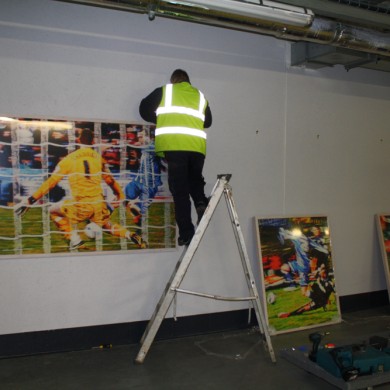 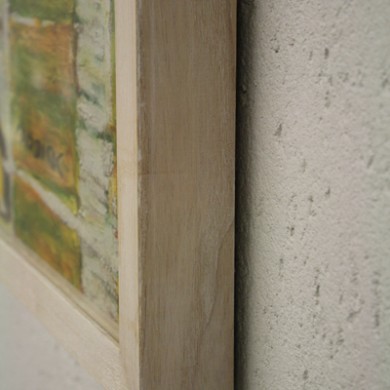 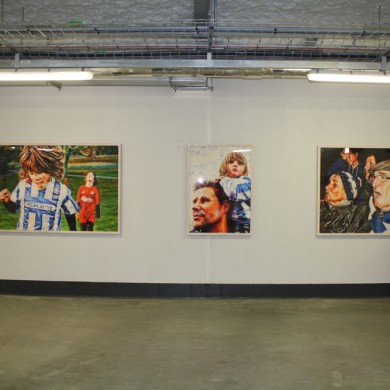 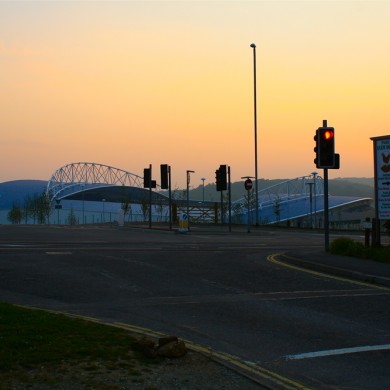 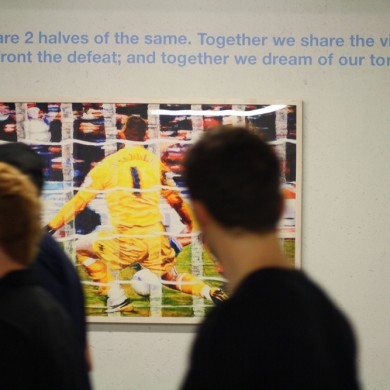 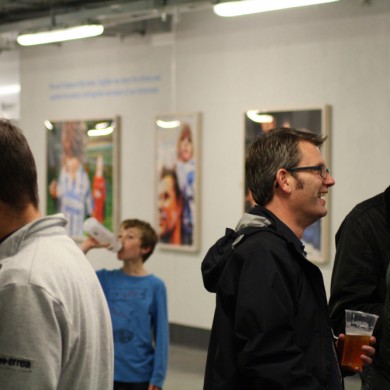 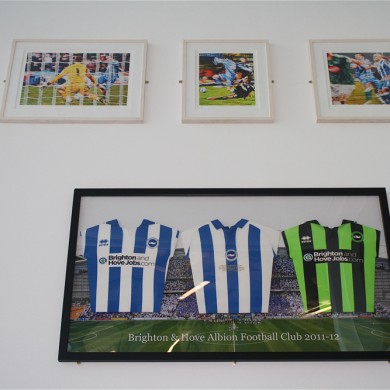 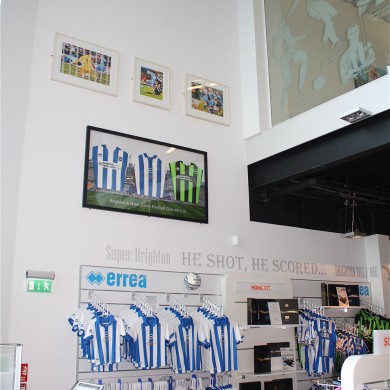 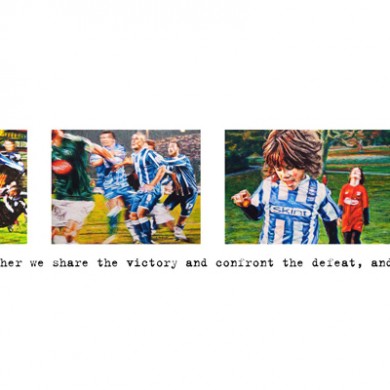 Rob has been a pleasure to work with in delivering work that surpassed our high expectations and within tight time constraints. From a minimal brief Rob presented us with several options and then produced 6 pieces of original artwork that have received a fantastic response from the fans.